The Bachelor Episode One Show Notes and Charts by Alex Thomas

The Girls (in the order they arrive) 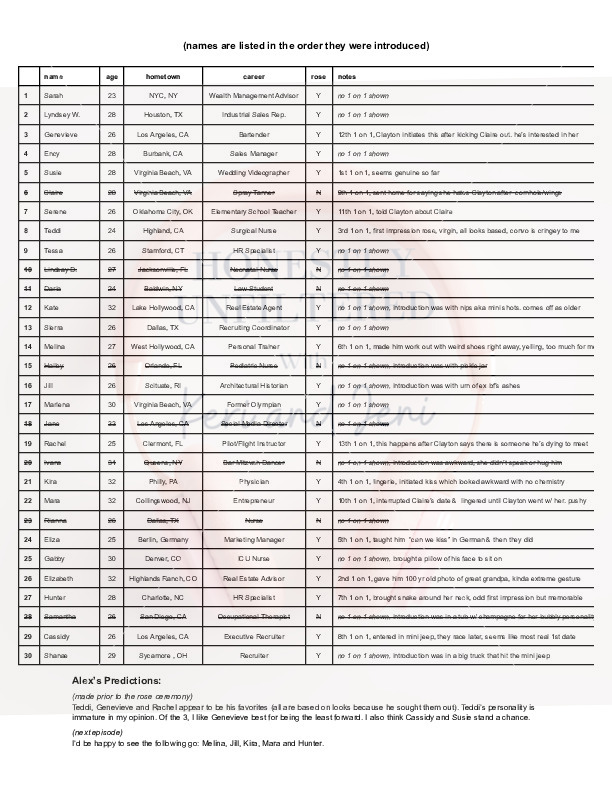 I'll Be Seeing You

Jeni Thomas A little brother is your first friend. When you're a child, knowing that you have a brother or sister to come home to play with is the b…