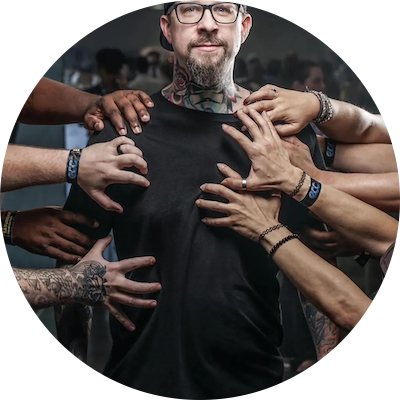 Nicholas ‘Grimm’ Green is a YouTuber and vaping advocate. In March 2009, he made his first video – with no clue what he was doing! He was simply so happy to have discovered vaping and wanted to share this experience with everyone around him, but more importantly, wanted to inform smokers. When he first started, he had no advice, and wanted to assist be that guide for the next smoker considering a transition. He followed Igetcha 69 videos religiously and gives him entire responsibility for re-igniting his interest in vaping during a period of disillusionment.

Between then and now, Green has been fortunate enough to travel the world, visiting vape exhibitions and meeting and speaking with other ex-smokers. He has arranged a couple of vape shows and has had the privilege of participating in panel debates about vape law and harm reduction with individuals like Dr Marewa Glover and Alex Wodak. Green has amassed over 300,000 subscribers on YouTube and produced over 1,000 videos and livestreams, garnering over 83 million views.

On Instagram, the #GrimmArmy family has 160K followers and 45K on Twitter. Green has appeared on television a few times; he has been a part of the feature-length documentary You Don’t Know Nicotine. He has been featured twice in The Guardian, as well as Rolling Stone and Vice. All of this is for the sole purpose of quitting smoking and assisting other smokers in doing the same.

Nick "Grimm" Green has cumulated, at the time of this Podcast, 396,000 YouTube subscribers. Nick describes himself as a professio…